I’m not going to lie, I come up with my best ideas at the bar. Normally they revolve around getting Burrito Boyz, Poutine or that we could make jello shots in a hotel room using the coffee maker. This time while at the PokerStars party I was talking to Lee Jones. I’m not sure what he heard on his side of the conversation, but on my side… It went like this.

Me: Stuff stuff twitter drunk stuff.
Lee: Blah blah blah actual sober words.
Me: If I make supernova elite next year, will you make me pro?
Lee: No. I can’t make promises like that. Blah blah blah.

Good thing he said no because I most likely would have killed myself trying to achieve that. So where does the bright idea begin? It starts now with a single cheeseburger. 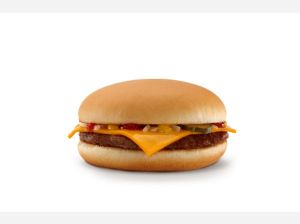 Over the next three months I’m going to learn how to play PLO, one cheeseburger at a time. Almost every person I’ve ever talked to about poker has said the same thing to me. I don’t put in enough volume in and I don’t put all my focus into one game. So lets do that in one of the highest variance games in poker. Three months to learn how to play and how to win. WHEN this works out I am going to trade in my chrome star for supernova by moving up the PLO stakes as fast as I can come January.

I’ve already spent a few days setting up my tables, my xBox controller, my HUD and now I’m ready to officially start today August 28th. I want to play 3 hours a day with one day off a week and 2 hours of studying and reviewing. I will be using the 50+10 buyin rule for moving up stakes. Let’s do this!

Don’t let this post fool you. I’m still on my get in shape kick and sadly cheeseburgers are not on the menu. I am going to continue with getting back and staying in shape for the rest of my life.